The COBOD`s BOD2 fixed printer was used to print the dwelling in one piece. Namely this is the very first example in the world.

This two-storey house is eight metres tall and has a floor area of 90 m2, the average size of a terraced house in this region.

What makes this house so unique, is that we printed it with a fixed 3D concrete printer. Other houses that were printed around the world only have one floor. In many cases, the components were printed in a factory and were assembled on-site. We, however, printed the entire building envelope in one piece on-site.

The material’s compressive strength is three times greater than that of the conventional quick build brick.
Marijke Aerts, the project manager at Kamp C 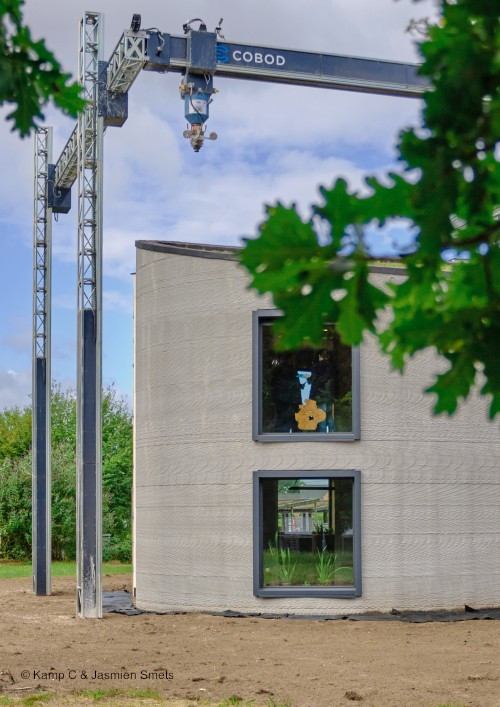 This is a prototype and its solidity will be tested over time.
The volume of wire-mesh insulation utilised and the fibres in the concrete are extremely limited. 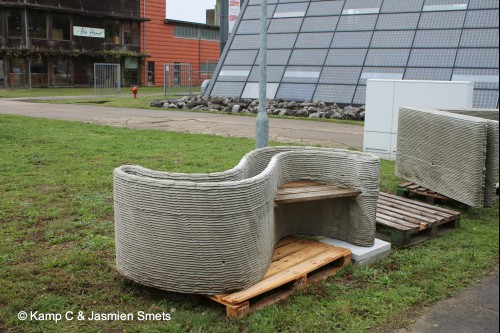 Consequently, the formwork was redundant, saving an estimated 60% on material, time and budget.
The whole 3D printing process took only three weeks, but a whole 3D printed house may be ready in just under two days‘ time in the future. 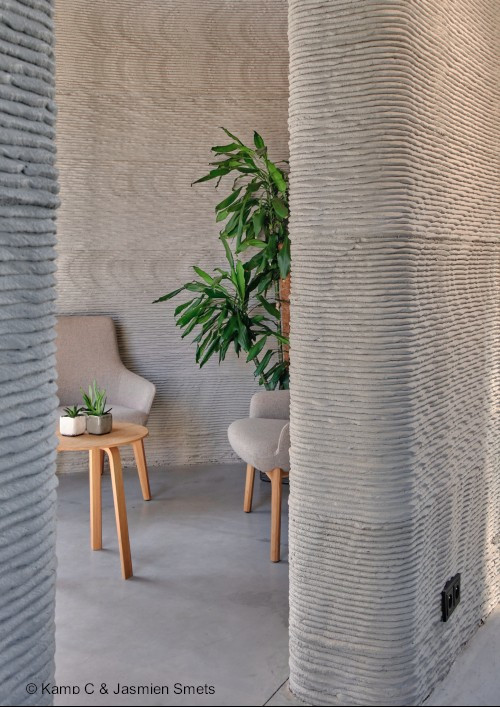 This 3D printed model home is designed to showcase the technology and the potential of 3D printing.

We printed an overhang, it has heavily curved walls, different types of walls… We also incorporated solutions to the traditional thermal bridge, eliminating cold bridges altogether. We developed a low-energy house, with all the mod cons, including floor and ceiling heating, special façade solar panels and a heat pump, and we will also be adding a green roof.
Emiel Ascione, the project manager at Kamp C 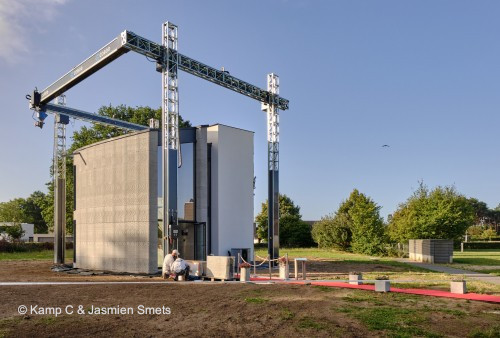 When we started to build it, we had no idea which use the building would have. Our aim was to print the floor area, height, and shape of an average contemporary home, in the form of a model home with multipurpose options.
This is a principle of circular building. The building can be used as a house, a meeting space, an office, or an exhibition space. People can visit the house from September after making an appointment.
Piet Wielemans, architect at Kamp C

The house is part of the European C3PO project, which aims to accelerate the transition to this innovative technology in Flanders. 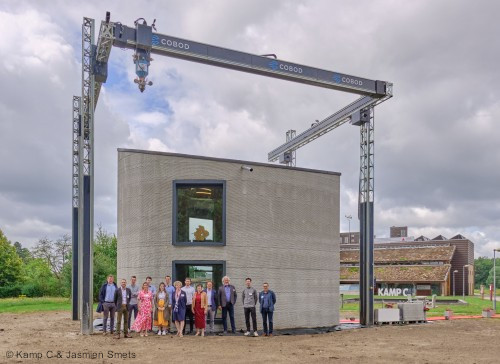 More in detail, eight partners, from the business community and the scientific community, have joined forces for the project. They are Beneens, ETIB/CONCRETE HOUSE, Groep Van Roey, Thomas More, Trias architecten, Ghent University and Vicré. Saint-Gobain Weber is also contributing to the project.
– All the photos in this post are © Kamp C & Jasmien Smets –
Are you interested in 3D printed models?
Check out How to create 3D models by hand